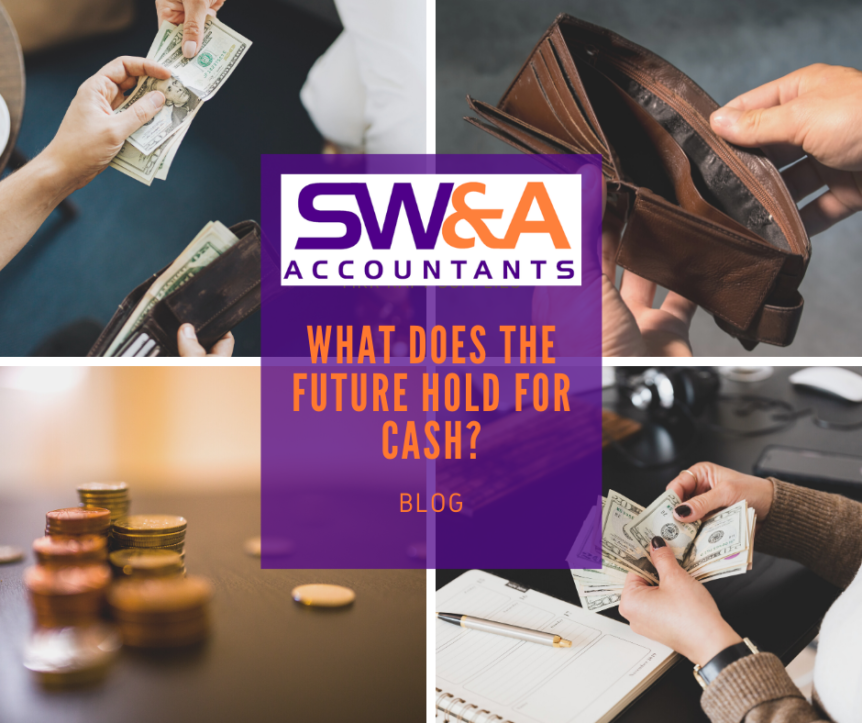 What does the future hold for cash? When was the last time you paid for items with cash, especially as retailers have even encouraging customers to make card or contactless payments over the past few months?

Here at SW&A we weren’t surprised to hear that demand for coins has dropped and that the Royal Mint won’t be producing any new 2p or £2 coins for the next ten years in a bid to reduce a coin mountain.

The issue was revealed in a report on the future of cash by the National Audit Office (NAO), who warned that it could become harder to access by those who rely on it and that authorities were not keeping up with the pace of change in digital payments.

Ten years ago, cash was used in six out of ten transactions but by 2019 that figure had dropped to less than three in ten. Coin-making has been cut but stocks of every coin in circulation are exceeding its targets. For £2 coins, the hoard is a staggering 26 times over target.

In contrast, demand for banknotes has been rising and there is little reliable information over the whereabouts of £50 billion worth of notes currently in circulation. They are not held as savings or being used in transactions so they may be overseas, tucked away in homes or being used in the so-called “shadow economy”.

The NAO said there were wider issues over access to cash, partly owing to the closure of 17% of cash machines in two years. Older and lower income consumers tended to use cash more and were at risk if nobody took responsibility for stopping the slide in cash access.

The government has committed, with legislation, to protect access to cash, and address the sustainability of the cash infrastructure. It has said that some businesses that transport or process cash could struggle.

However, the NAO said it could not currently see a clear link between the government’s aim and which of the various public bodies involved in overseeing the cash network could make it happen.

SW&A hopes that this issue can be resolved and that people from across all demographics can continue to access cash as and when they need it.

Being based in Worcestershire, we are fully aware that people in rural areas where public transport to access the nearest cash machine may be limited may feel uneasy and left behind at the prospect of an increasingly cashless society.