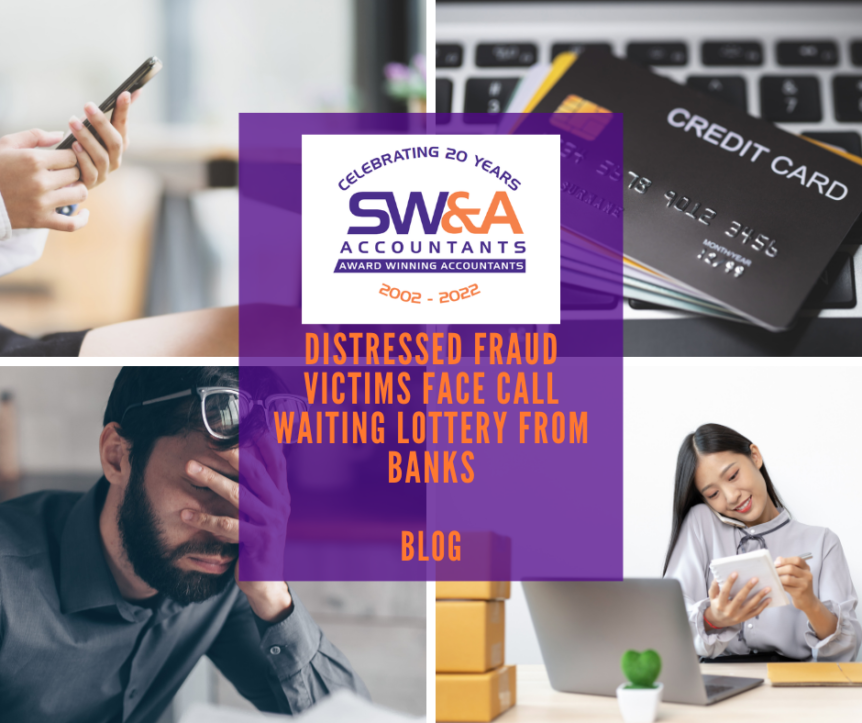 An investigation has found that fraud victims have no idea how long they will be waiting on the phone trying to report the crime to their bank. This has left many distressed fraud victims facing call waiting lottery from banks.

Average waiting times can range from 16 seconds to more than half an hour depending on the bank, according to tests by Which?

The consumer group said that more priority should be given to distressed victims.

How was this tested?

Which? tested 11 banks and building societies by calling each of them on 12 occasions at different times of the day over the course of a week in March this year.

It dialled the phone numbers listed on each bank’s website for reporting current account fraud, only some of which are dedicated hotlines. Monzo was excluded as it told customers to use an in-app chat function. Six of the 11 banks’ helplines charged a fee, Which? said.

The call to be answered quickest lasted only 10 seconds. That was made to First Direct, which is designed to communicate with customers primarily over the phone. The same bank also had the shortest average call waiting time of 16 seconds.

One call to the Co-operative Bank lasted more than an hour before being answered. Its average waiting time was the longest, at 31 minutes and 40 seconds.

Testers had to wait for 10 minutes and 51 seconds across all the calls before speaking to a human being.

“The feeling of being scammed is already stressful enough for victims, without having to wait long periods just to get through to your bank,” said Rocio Concha, Which? director of policy and advocacy.

“Victims are told to contact their bank immediately because every second counts. Some firms taking longer than 30 minutes to answer victims’ calls shows the lack of support with which certain banks have treated fraud victims for far too long.”

Every year hundreds of millions of pounds are stolen in so-called authorised push payment fraud when victims transfer money to an organisation or business they believe to be genuine but is actually a con artist.

Some victims have got their money back from banks, while others have been left out of pocket.

Proposed legislation in the Queen’s Speech should mean there is a consistent approach to refunds in the future to save customers stress and heartbreak. At present, some banks have signed up to the 159 pilot scheme, which encourages customers to hang up from a phone call that might be a scam and dial 159 to speak to their bank.

Citizens Advice urges any bank customer who believes they are the victim of a scam to protect themselves from further loss by resetting passwords, reporting the issue to their bank straight away, and possibly to the police on the 101 number, and checking if they are entitled to the money back.