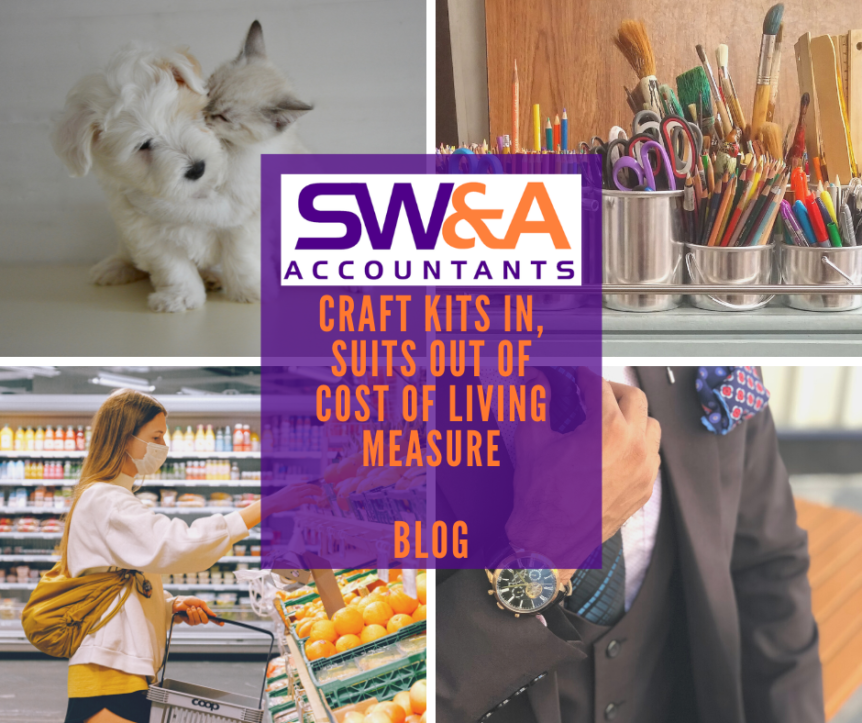 Rising demand for veggie options and exercise kits means they are now being used to calculate the change in the cost of living index in the UK.

What’s in and what’s out?

The Office for National Statistics have included items such as tinned beans and pet collars to the basket choices to measure prices.

The ONS said it decided to add plant-based sausages to the basket of more than 700 goods. Due to how the cost of living is changing, to reflect a boost in demand for healthier food options.

The addition of crop tops and sports bras, accounted for the fact that spending on formal clothes has been falling. This is mainly due to increasing awareness of fitness and therefore, men’s two-piece suits were omitted.

Since the start of the pandemic, retailers such as Boohoo and Asos have reported a spike in sales of loungewear. Including hoodies or joggers.

In total, 19 items were added while 15 have been removed. Although the removal of doughnuts from the basket might suggest customers are opting for healthier snacks while working from home. Conversely, cake multipacks are still included.

Other additions to the basket of goods indicated a shift in how consumers are spending during the pandemic.

Craft and hobby kits for adults and anti-bacterial wipes were included in the basket of goods for the first time.

Pet collars for dogs and cats were also added to reflect the growth in accessories linked to the increase in pet ownership over the past two years.

The official statistics body pointed out that the sale of domestic coal will be banned in 2023. In this case, as part of the government’s attempt to tackle climate change. Dropping this item, as the date approaches, means that the index will be protected from big swings from coal prices.

The publication comes as experts say the war in Ukraine could exacerbate the cost of living crisis.

Research from the Resolution Foundation suggested that the conflict could see another spike in the cost of living this autumn.

It said that inflation, which tracks how the cost of living changes over time, could reach 10 per cent for the poorest households, whose food and energy bills make up a greater proportion of their budgets.

Some analysts suggested that the update to the basket of goods was out of touch with the everyday expenditure for much of the UK population.

With inflation at its highest rate in three decades, the ONS’s methodology has come under extra scrutiny. Mainly through concerns that those on a low income may not be buying the product choices included.

Poverty campaigner Jack Monroe had complained that the official way inflation is calculated fail to accurately reflect this.

The ONS has said some changes were already on the way to address these concerns. From 2024, it will use a wider range of prices from supermarket tills, which should make it easier to figure out if certain brands of everyday foods such as beans or pasta, for example, are rising faster than others.